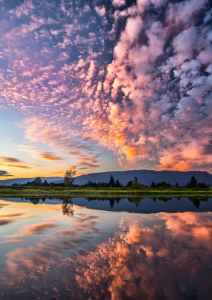 An interesting thing happened today. I was reviewing some old articles I had written in the past. I then realized I had some drafts of unpublished articles that I had forgotten about. I came upon this one that I began writing… in 2015!! The article was completely done, but I never published it. Usually when that happens, I believe it’s because God wants to use it for something. I guess it wasn’t supposed to be published until now, and perhaps you are the one who needed to see it! Whether that’s the case or not, I hope you enjoy it…

One of my favorite stories in the Bible is one where the disciples of Jesus are on a boat and caught in a violent storm. They are in a panic and are fearing that they will drown. Amidst the panic, they come to their senses and realize that Jesus can save them. But where is He? In the middle of this storm, they find Him in a corner of the boat…asleep! The disciples wake Him up and ask for His miracle-working intervention. Jesus wakes up, rebukes them for their lack of faith, and immediately calms the storm.

If I was one of the disciples, I am sure I would be wondering…”how could He sleep during this intense storm?” I am sure that is exactly what was going through their minds. However, Jesus challenged them. He asked them why they had such little faith and why they were so afraid. I also believe He provided an example of the faith He was trying to promote. There was chaos. A crazy storm that was about to destroy them. Yet He was sleeping soundly through it all. He KNEW that God had control of the entire situation, and all He had to do was say the word and the perilous situation would be overtaken by the wonderful peace that only God can bring.

As I reflect on this story, I realize that this is the faith I want to have. There will be storms around me. However, if my faith is strong enough, I can sleep peacefully, knowing God will rebuke the storm and bring peace. The same is true for you. You may think Jesus is asleep as the storms rage around you. If so, just wake Him up! Ask Him to calm the storm, and He will respond. Even if it doesn’t immediately disappear, He will provide a peace that only He can provide.

Jesus was able to sleep peacefully as the storms raged around the boat He was on. He had 100% faith that the boat would never come close to going down as long as God had control of it. That is faith that He shared with His disciples, and wants to allocate to us. Know that God is in complete control, and you will sleep like a baby 🙂

How to Have More Wealth Than You Can Imagine

It is amazing how every time I ask God for answers He provides them. In many cases, the answers arrive rather quickly. I was recently praying for some extra money to help with some situations that have come up recently. I also prayed for the strength and peace to deal with the situation in a productive way.

When I pray, I find it extremely helpful to ask for some Bible verses that help build my faith and lead me in the right direction. In this case, I was immediately led to the following verse from Job 22:21. The NIV says, “Submit to God and be at peace with him; in this way, prosperity will come to you.” Exactly what I was looking for! However, it didn’t stop there. The Message version of this same verse really caught my attention… “Give in to God, come to terms with him and everything will turn out just fine. Let him tell you what to do; take his words to heart. Come back to God Almighty and he’ll rebuild your life. Clean house of everything evil. Relax your grip on your money and abandon your gold-plated luxury. God Almighty will be your treasure, more wealth than you can imagine.”

As I read this, I was in awe. The keys to what I was looking for (and perhaps what you are too) are all in this passage. Do you want more wealth than you can imagine? Here’s what you need to do:

This all reminds me of another popular verse that sums it all up… Seek first the kingdom of God, and all else will be given to you (Matt 6:33). It’s very simple really. The more of your focus and care you put on God, the more He works for you and the darkness turns to light.

I have known this for a long time. I just needed another reminder and received it plus more. If you are struggling with money or any other negative situation in your life, follow the words of this verse. Seek God and let Him love and guide you. I know from experience that the peace and provision He provides is indeed more than you can imagine. Enjoy the blessings 🙂