The One Absolutely Necessary Ingredient For Rapid Manifestation 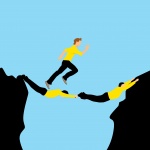 Everyone wants to manifest their greatest desires as quickly as possible, myself included. There are several ways to make that happen. However, there is one factor that stands out as the most necessary for the rapid manifestation of your goals and living the life you want to live.

What is that necessary element? One word describes it. It’s called belief. When you believe that what you desire is on its way to you, that’s when you will see it manifest. On the other hand, if you don’t believe, it takes much longer for your desire to be realized.

Two of my favorite Bible verses attest to this. I was reminded of one recently, which is what inspired me to write this article. It is Matthew 21:22 which says, “and if you believe, you will receive whatever you ask for in prayer.” It doesn’t get any simpler or more obvious than that. Now, some people get caught up in a religious tangle with this verse. They argue back, “yeah but only if it’s God’s will.” I can understand that argument. After all, God’s will is more significant than anything in my life or yours. However, I get around this in two ways. First of all, I see the word anything in some versions of this verse. The version I used says “whatever you ask for.” I feel like as long as I am asking for something that God would approve of, I’m right to ask. As long as I’m not asking for something that goes against His word, I’m not wrong to ask. I also know that God has our best interests in mind. God has said no to my prayers before. However, I know my prayers were still answered. That’s because EVERY TIME a particular prayer was rejected, I received something far better than I could have imagined. The same is true for you. In the case that God doesn’t allow a particular desire to manifest for you, know that something even better is coming for you. However, don’t get caught up in whether God may answer your wish or not. Just know and believe that He can.

Another verse that shows the importance of belief for the rapid manifestation of desires is Mark 11:24. This verse actually has the same context as the previous one. It is worded differently, but the concept is the same… “therefore I tell you, everything that you ask for in prayer, believe that you have received it, and it will be yours.” This is my favorite verse in the entire Bible because it takes the concept of belief and faith to a higher level. Not only do you believe that God can do what you’re asking, you’re believing that it’s already done! Since it’s already done, it’s just a matter of time until it manifests. This kind of belief indeed accelerates the process!

How do you fix the belief in your mind that it’s already done? I often discuss the concepts of visualization and affirmations at this site. When you use visual images to picture your life as it would be with your manifested desire, or speak words of confirmed completion and feel the corresponding emotions, you are creating the necessary belief to shorten the timeline of your goal’s arrival.

This is a topic I will continue to discuss with future posts, but I wanted to share one more key idea. The Bible also says “faith without works is dead” which means that we have to take action in addition to maintaining a high level of belief. So why is faith necessary? It’s because you are much more likely to act if you are confident that something can be done successfully. I know this is true in my own case. When I don’t have a strong belief that I can do something successfully, I am much more likely to procrastinate and hesitate to take the necessary action. When it comes to things I know I can do and I have the strong belief that I will be successful, I have no problem finding the time and taking action to complete the task. I have also learned that, when my level of faith and belief is high, the corresponding actions occur naturally. I don’t feel like I’m forcing anything or working. Everything seems to flow so much more easily. When you think and act with the belief that your desire is already done, you tend to act with greater confidence, which also enhances the quality of whatever action your taking, thus helping the visual results appear much quicker.

Remember, God will grant you whatever you ask for in prayer (or something better) if you believe. Believe that He can bless you and that he definitely wants to bless you abundantly (God delights in the prosperity of His servant – Psalm 35:27). Your job is to simply believe this, and the fact that anything you desire is already an accomplished fact. Visualize this, proclaim it, and feel joyful and thankful. Keep attentive in prayer to determine what further steps you need to take, and move in that direction. I have seen the amazing results of this process in my own life, and I know you will too. Enjoy the blessings 🙂

This entry was posted on Monday, June 8th, 2020 at 2:04 pm and is filed under Faith, Rapid Manifestation. You can follow any responses to this entry through the RSS 2.0 feed. You can leave a response, or trackback from your own site.

2 Responses to The One Absolutely Necessary Ingredient For Rapid Manifestation